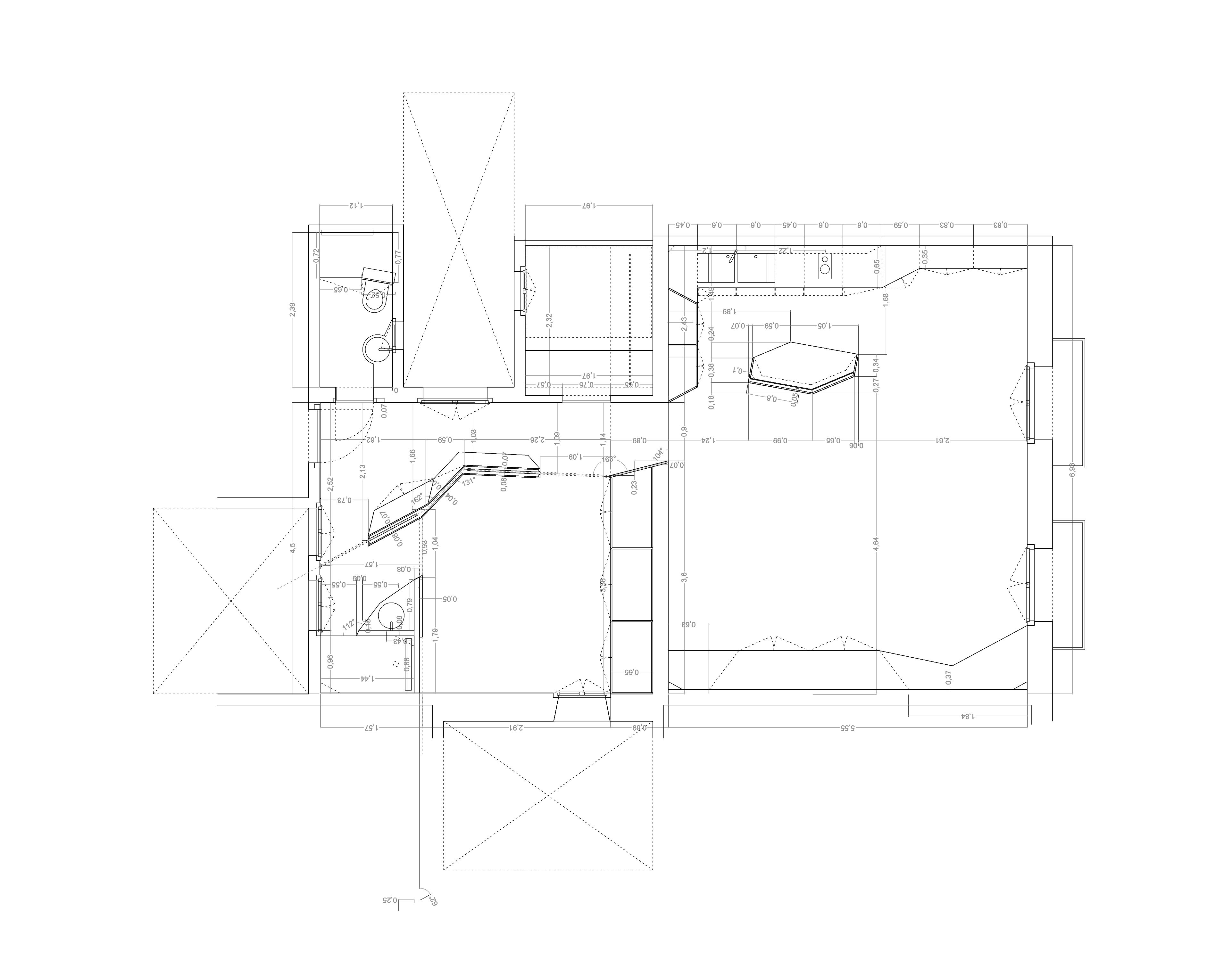 The refurbishment of a “Loft not Loft” in Parlament Street in Barcelona, or how to fill a white canvas with “movables” (furniture) of sinuous shapes that define living spaces.

The Xurigué building was drawn and built in 1868 by the master builder Pau Martorell in the heart of Sant Antoni neighborhood. It was one of the first illegal constructions in Cerdà’s Eixample and it was located just outside the walls of what had been the Gate of Sant Antoni and where 10 years later the current market would appear. This is one of those Barcelona buildings born between eras. In an Eixample that still had not defined its specific “Eixample Typology”, the Xurigué building is part of the tradition exported from Ciutat Vella neighborhood, where masters used to build in narrow bays.

The fact of being a pioneer building of the Eixample is reflected in the particular structural and lighting solutions. Originally, the spatial organization was conditioned by 2 very deep bays (6m long) crossed by a bearing wall with a small opening that communicated -but also stifled the continuity- among rooms. On the other hand, three bright courtyards generously oxygenated the house.

LOFT YES BUT LOFT NOT ON A WHITE CANVAS

One of the project challenges was to seek, against the original distribution, a diaphanous dwelling to fully enjoy the 80sqm as a spatial continuum. At the same time, it had to be compartmentalized.

With this idea, it was decided to organize the functional program in three successive strips from access to façade. From more to less enclosed. From less to more luminous. The bathroom and WC are the first strip and linked to the technical patios. The night area in between, more internal and protected. The living room and the kitchen face the street and the south.

One of the first decisions was to empty and unify the space turning it into a white canvas defined by its 3 patios and the bearing wall. Thus, the feeling of a generous and overflowing space was accentuated.

Then we defined the different supports.

Once having the whiteness of the empty space, some new elements are placed: the (im)movables. Due to their materiality and shape, they vibrate and fill the apartment with objectual life. They are immovable movables.

(Im)movables arranged within the neutral space to differentiate rooms in a spatial continuum.