Hybrid parliament is a proposal of a sustainable and durable social and ecological structure. It is a shelter for hybridation of all possible and future human and non-human realities and sensibilities of the global metropolis of the 21st century.

It is an architecture-manifesto for rotterdam that supports a democratic, productive, inclusive, egalitarian and horizontal community. Personal conflicts derived from coexistence are channelled through speech and agreements among the parts reproducing a parliamentary operation.

Hybrid parliament, a boat, a park, a common house

“Hybrid Parliament”, as a stranded ship lost from the nearby harbour. It points the virtual continuity between Marconi Plein square and Kop Dakpark with its bow, melted in a large urban continuum.

“Hybrid Parliament” for humans and non-humans. Its continuous ground floor is a climate-controlled park and its green walkable façade that grows from the park allows collective appropriation for both citizens and animals. It is a node of biological centrality in the Anthropocene era.

“Hybrid Parliament” should not be understood as a conventional building but as a multiplication of the urban Surface for and by the new ways of inhabiting, working and leisure of the 21st century. It is a building understood as a juxtaposition of plans equipped and thermally controlled to densify the city and to offer a neutral shelter for ALL SPECIES’ life.

“Hybrid Parliament” is a lighthouse where everything metropolitan happens. It is not just a productive building but a building with a social and inclusive dimension where everyone is welcomed.

“Hybrid Parliament” is a manifesto of the Omgevingsvisie (productive, inclusive, circular, healthy and compact city). A repeatable system that can be placed in other sites in Rotterdam.  It acts as a Manifesto of the Omgevingsvisie: a prototype building that enhances the social resilience of Rotterdam and contributes to the good growth of the city. 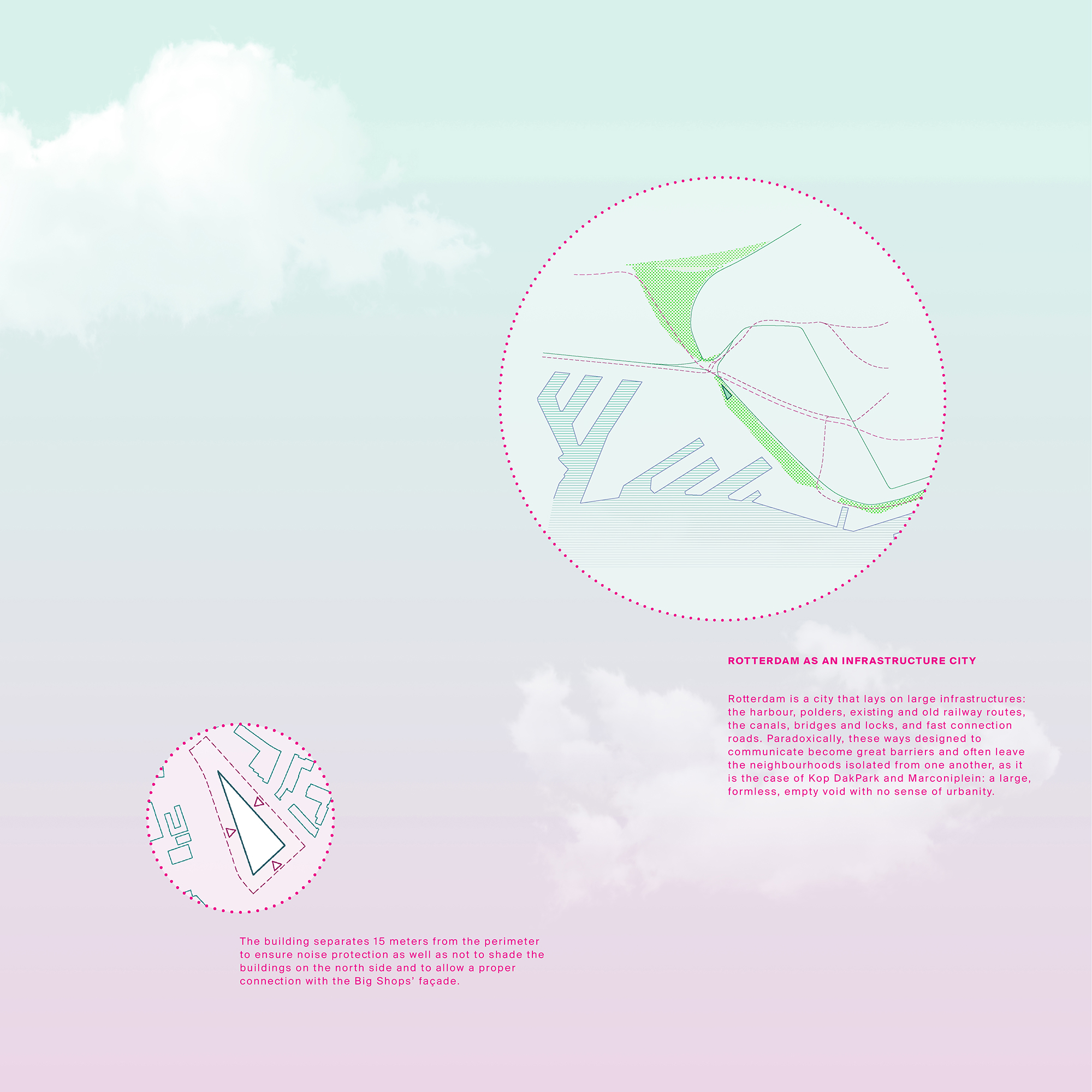 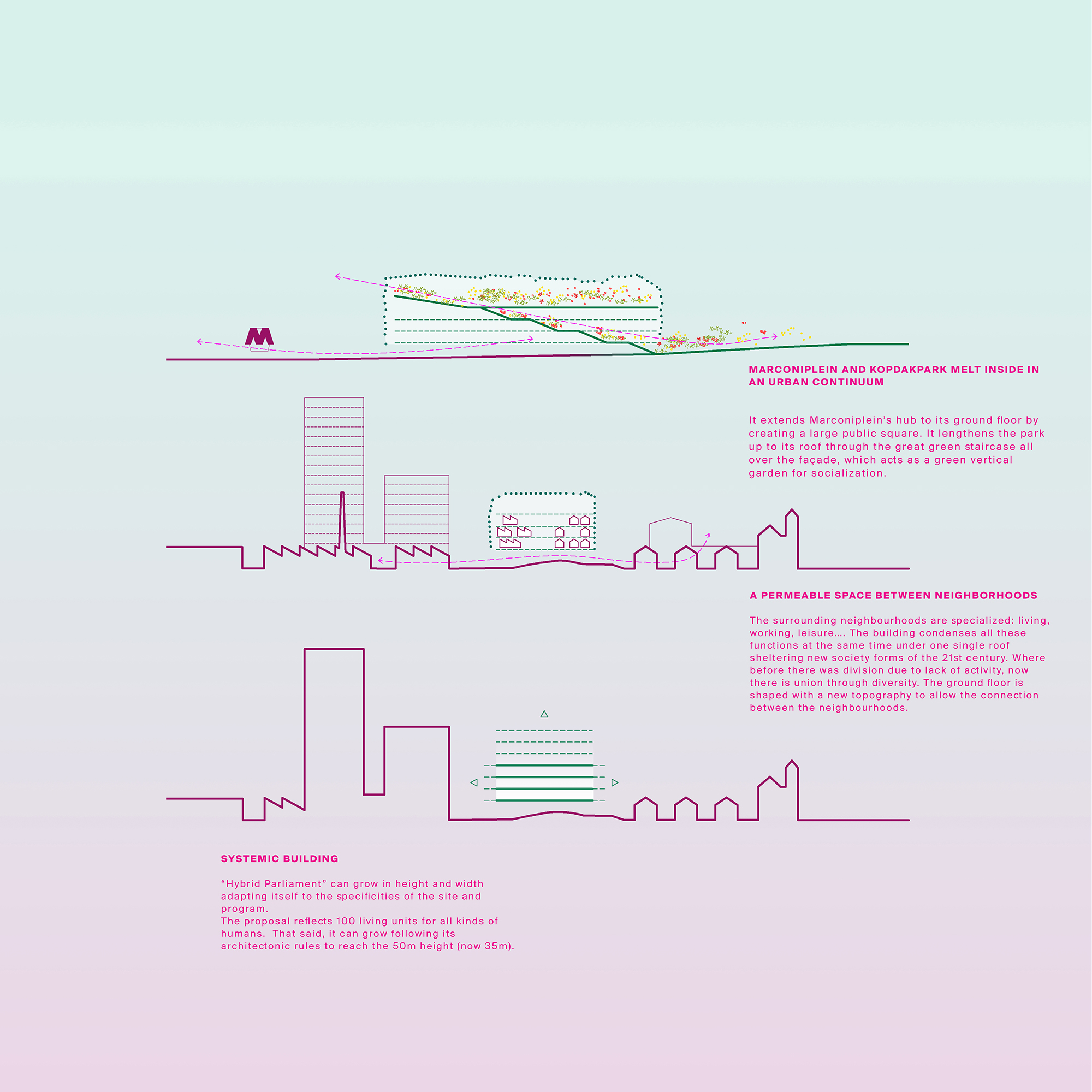 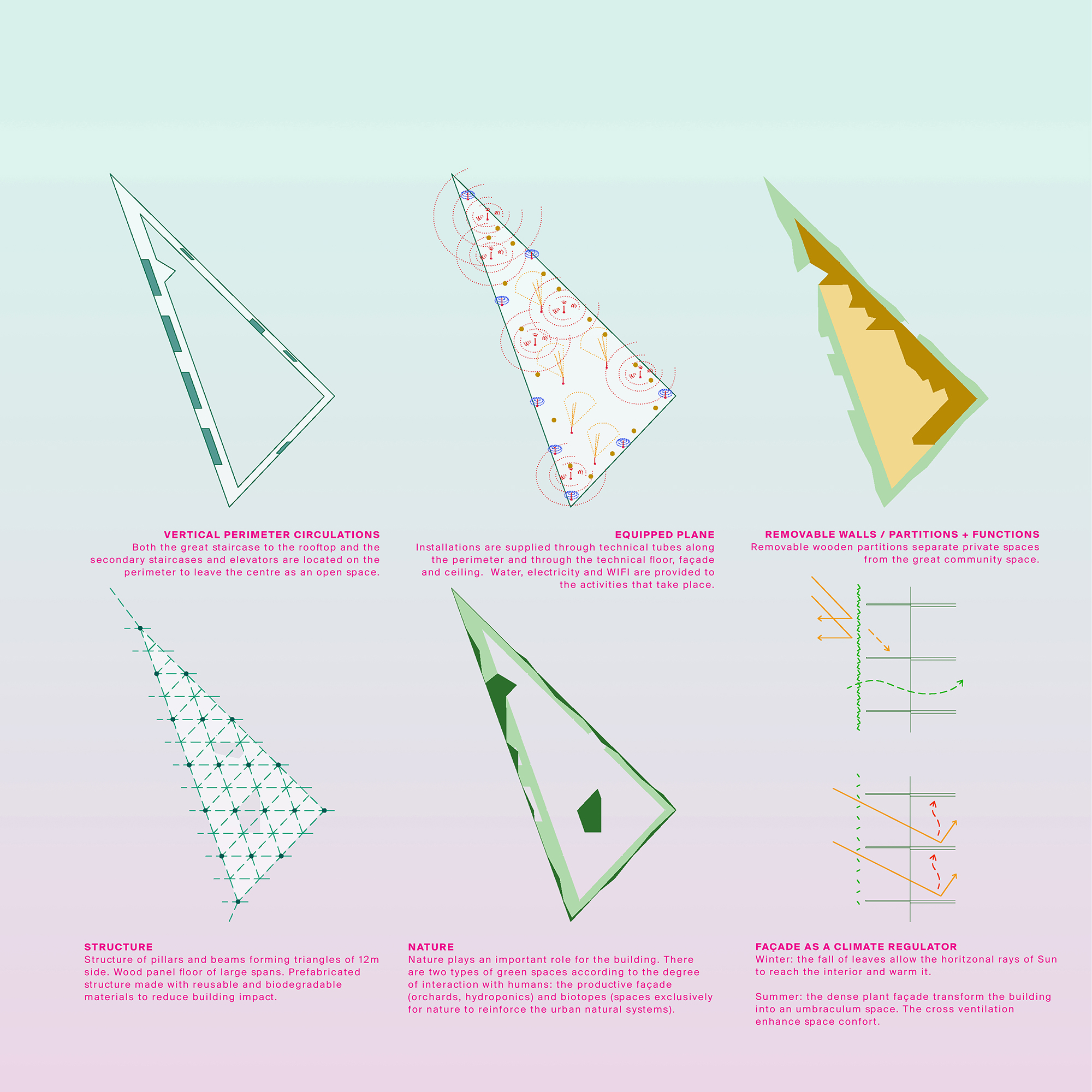 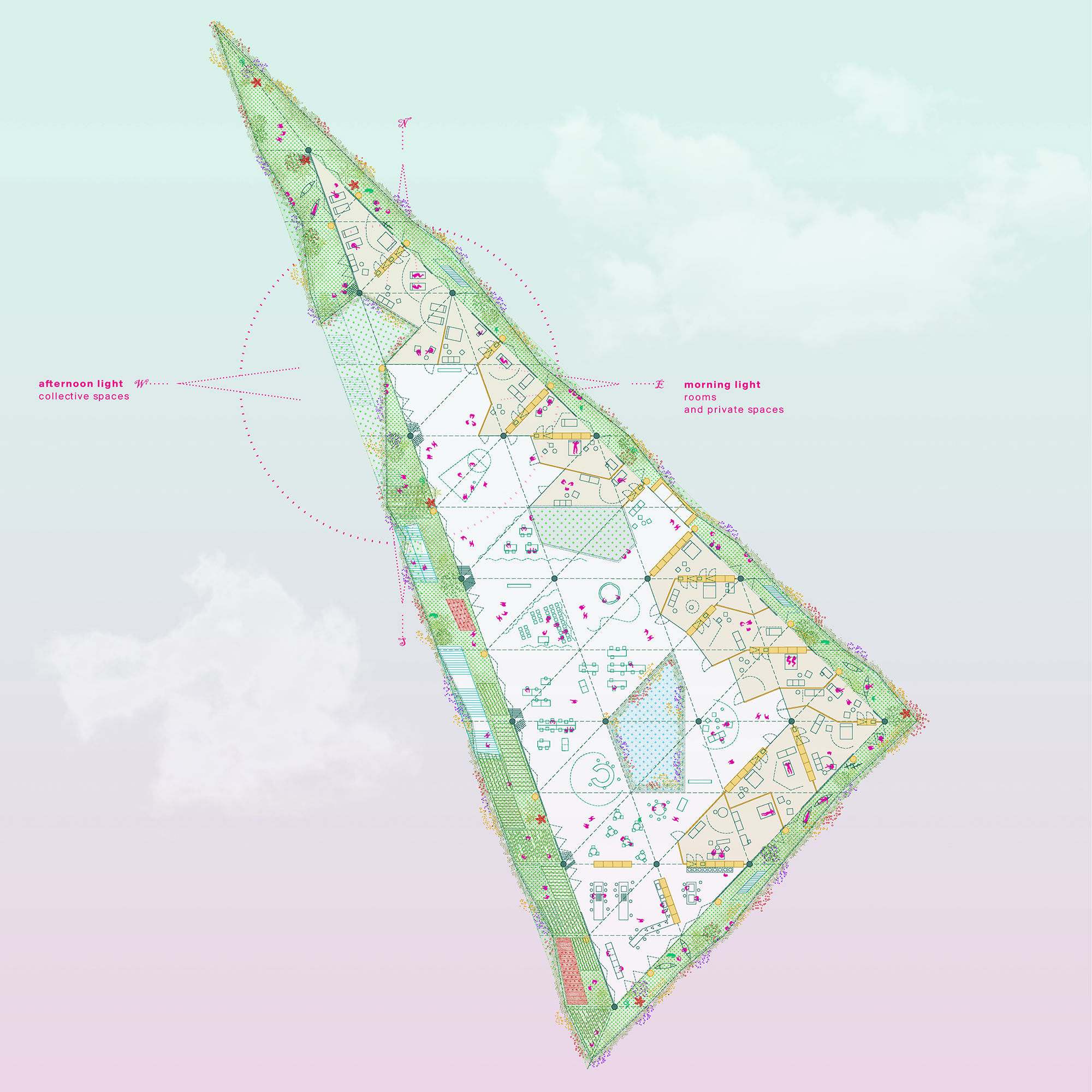 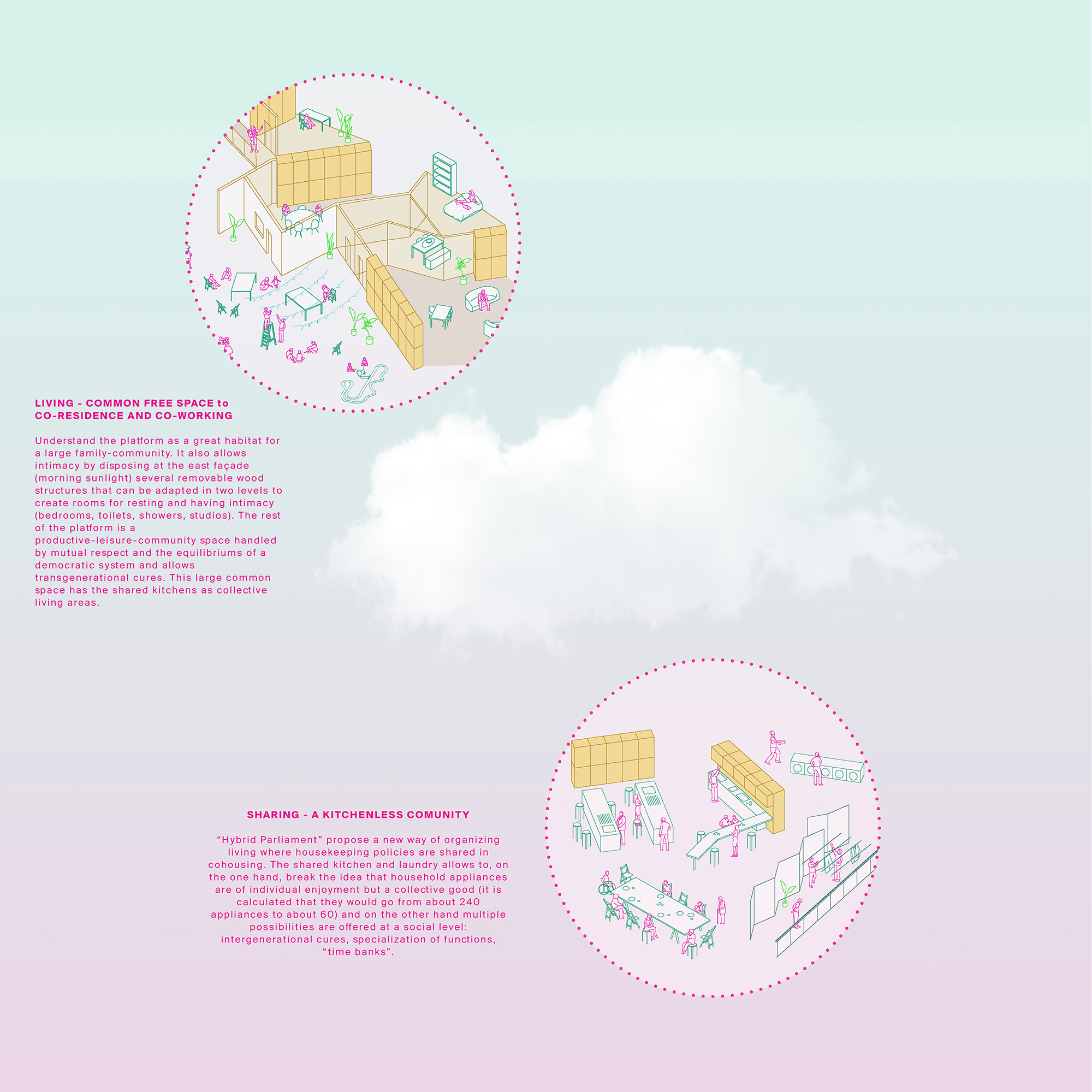 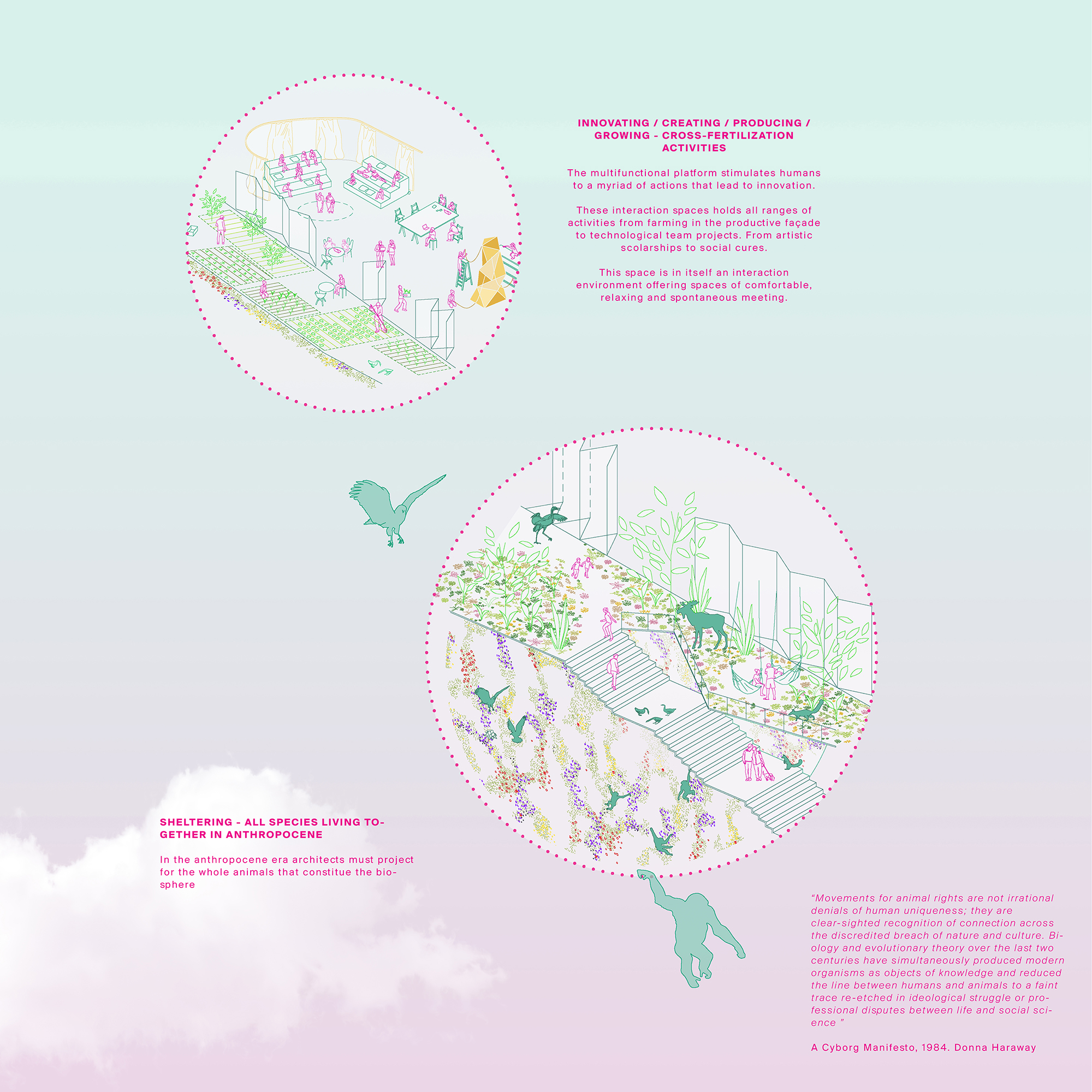