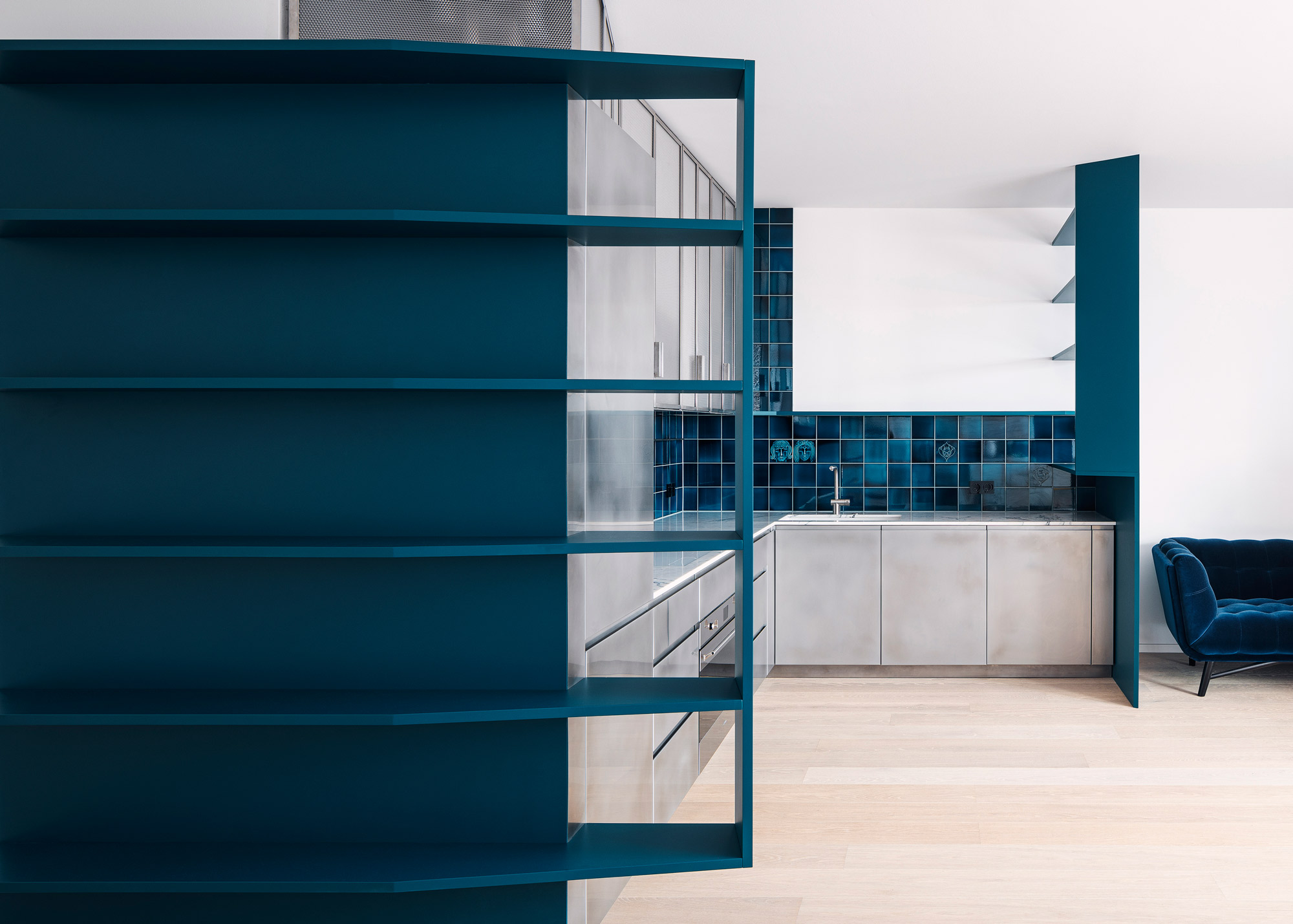 The specificity of kitchens in Berlin is the range of objects that form them. Tools, furniture, appliances accumulated over the years. They are often the nicest space in the house because of the overlapping of different times through the non-predetermined cluster of various elements.

Achieving this particular condition of every Berlin apartment in a completely new kitchen was the challenge of the project. How could the design give the city identity to a recently built apartment in the Friedrichshain neighbourhood?

At the same time, it was inevitable to take into account the kaleidoscopic reality of the city. Specially of Friedrichshain, centre of the counterculture after the fall of the Berlin wall and now numbed due to gentrification.

These two factors determine the design as a mixture of materials emerging from those fundamental contexts shaping our idea of Berlin. Schinkel’s Imperial marbles (worktop), the radiating transparencies of German expressionism manifestos (the lamp-lighthouse in the upper left corner), the Golem tiles from the U-Bahn (plinth) merged with the materiality of infinite parties in underground clubs: cold, hard and full of otherness and artificiality (drawers and upper cabinet). Several plans and volumes, heterogeneous between them, result to the intersecting hard kitchen, which is, at the same time, light in order to express the contradiction that Berlin means for us. Finally, a touch of blue brings the Spanish client to his beloved Mediterranean Sea. 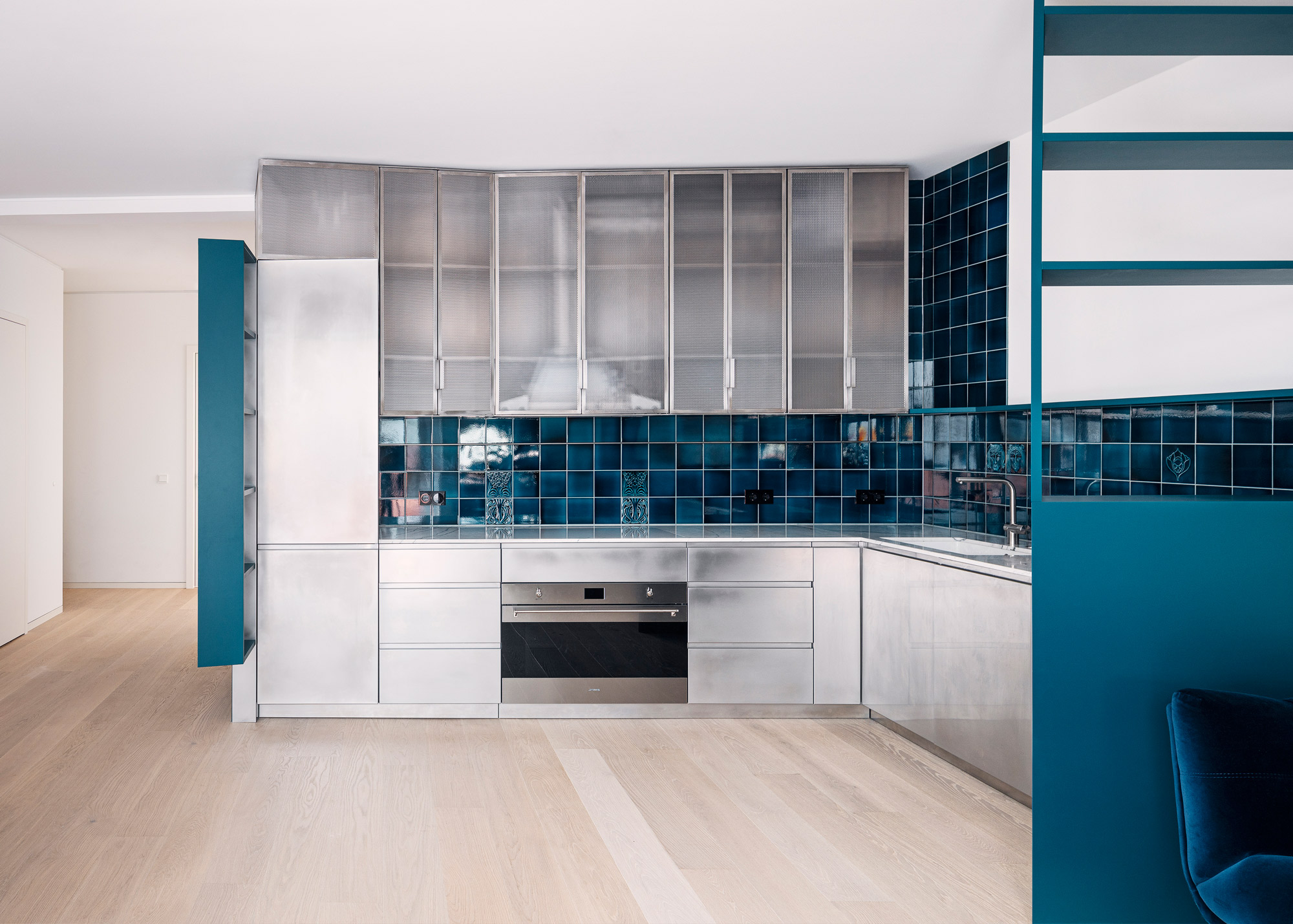 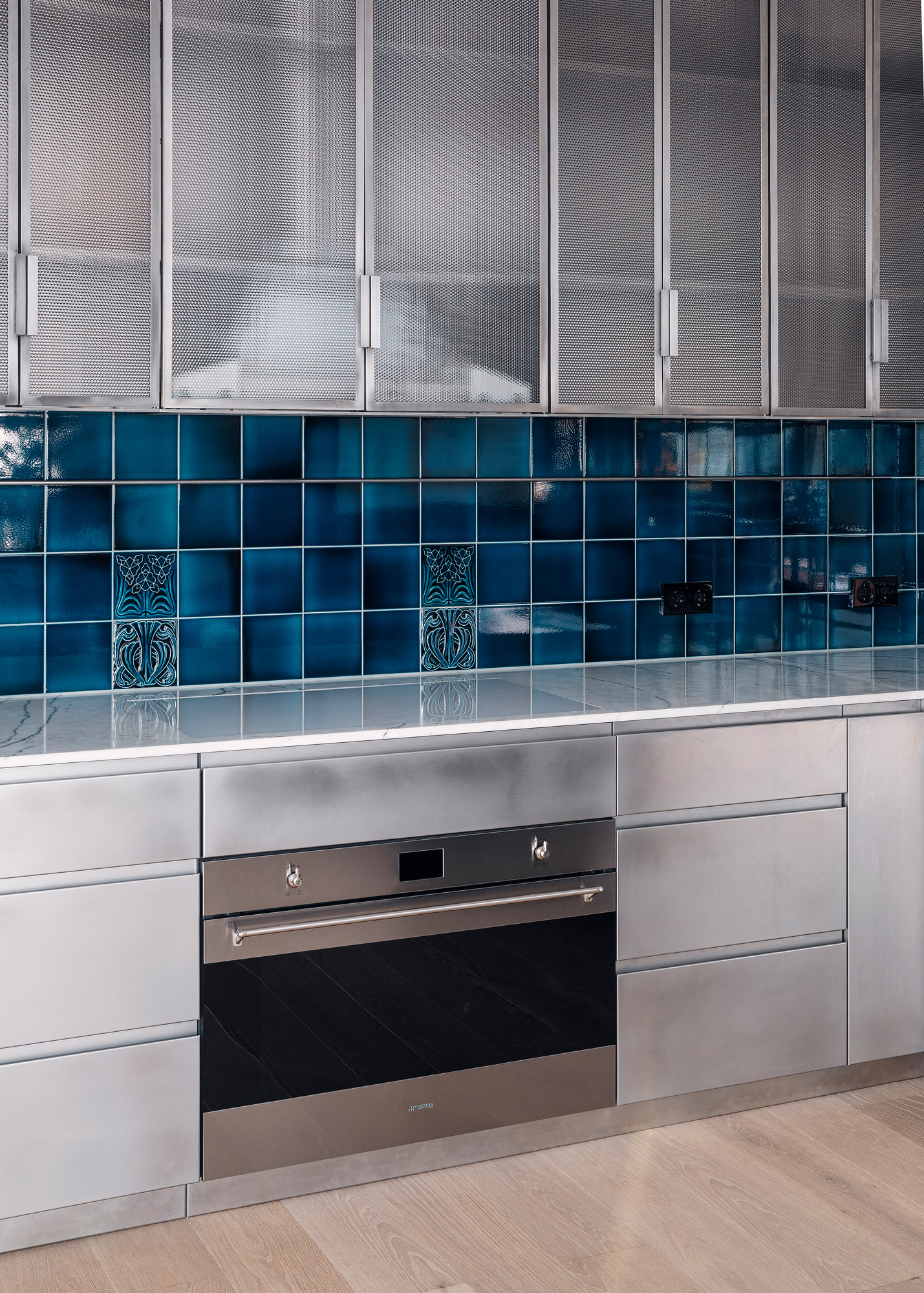 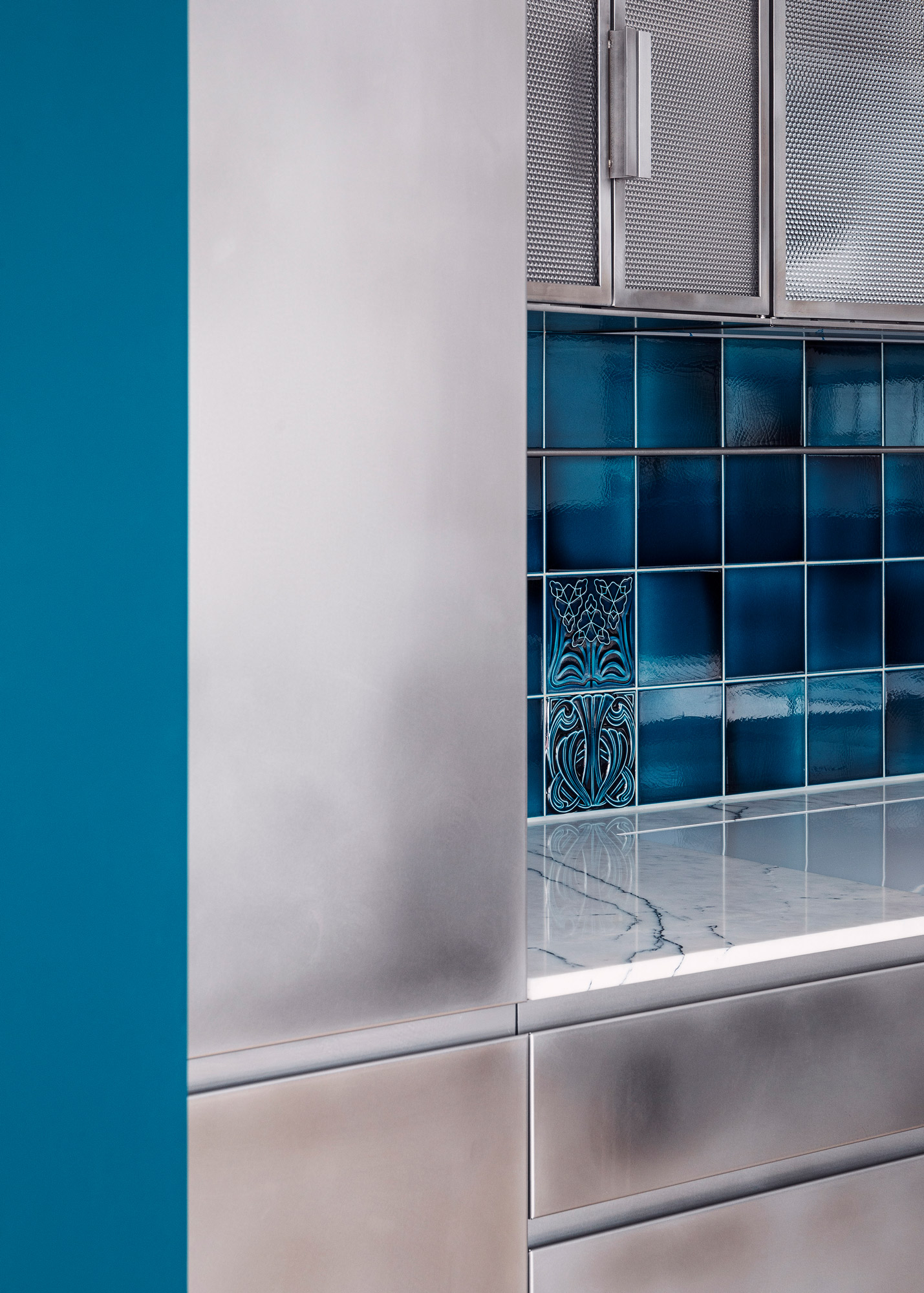 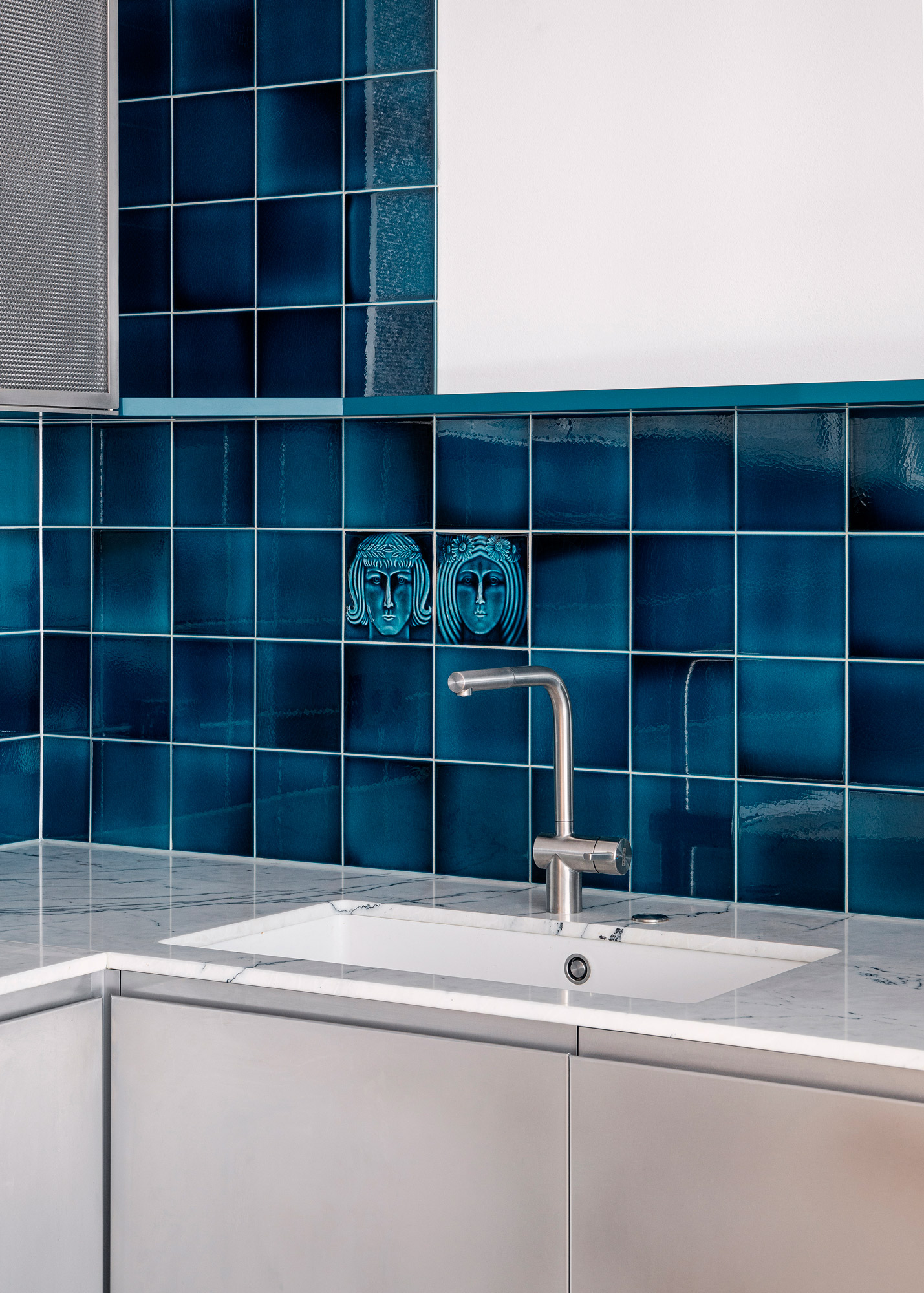 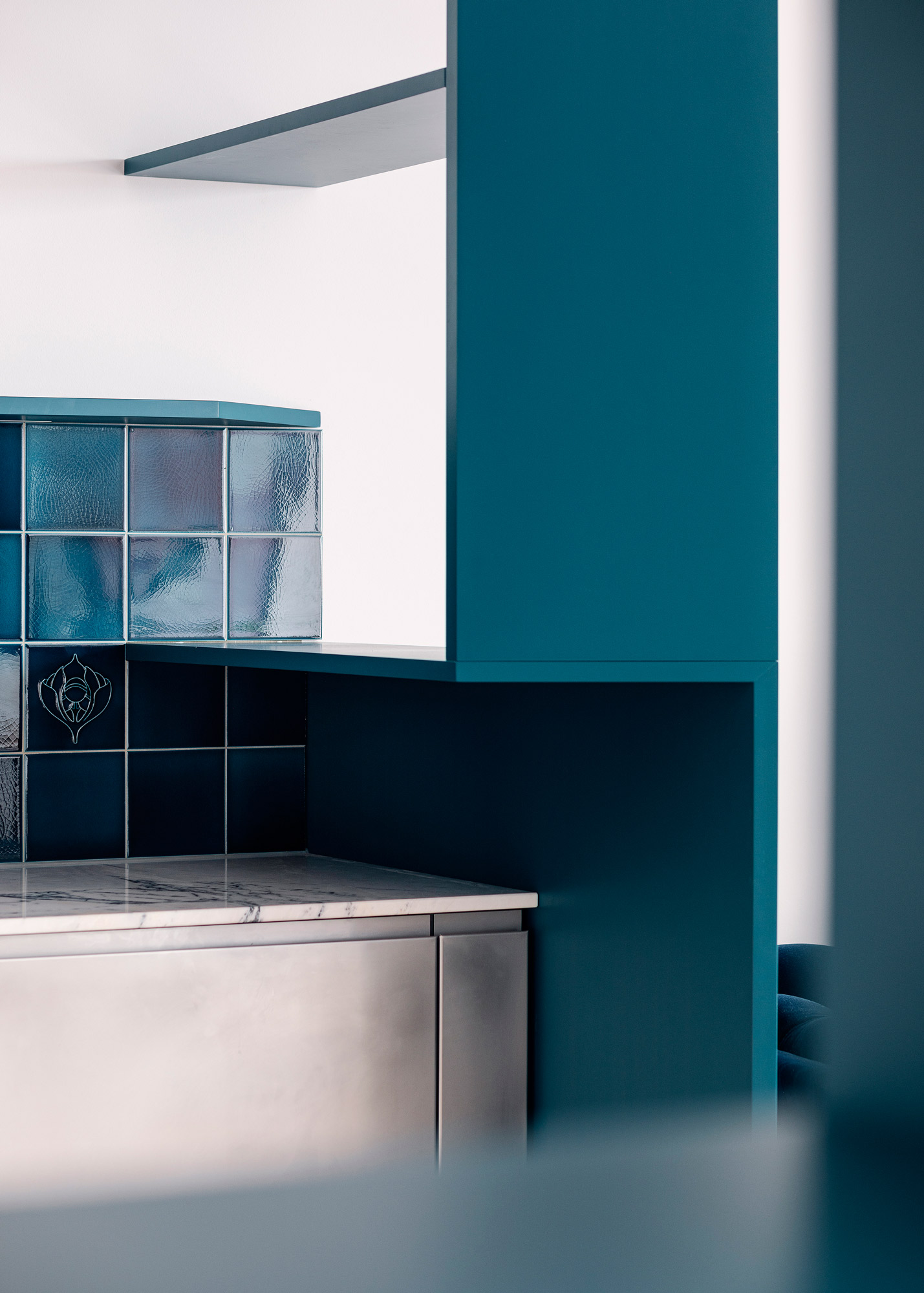 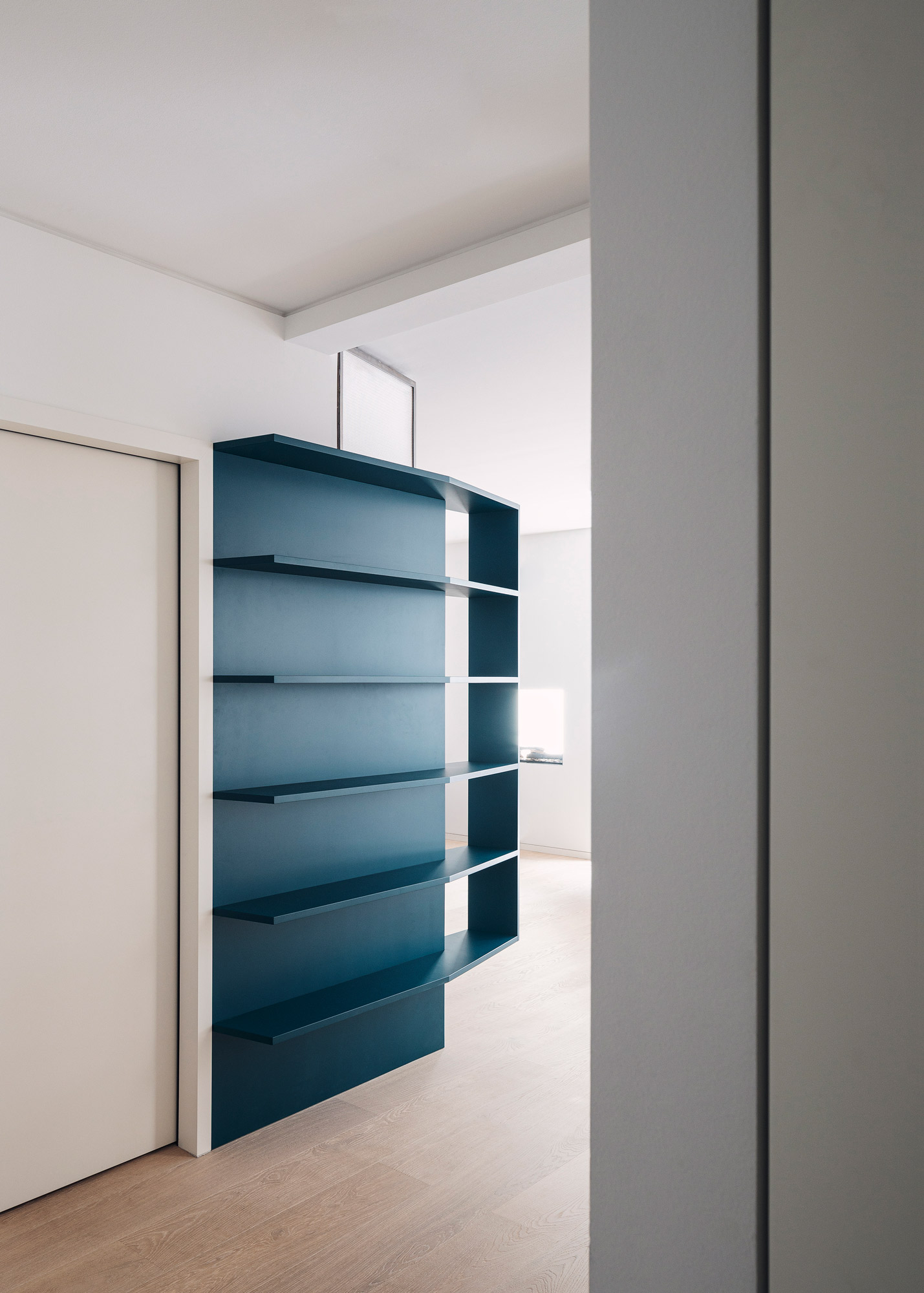 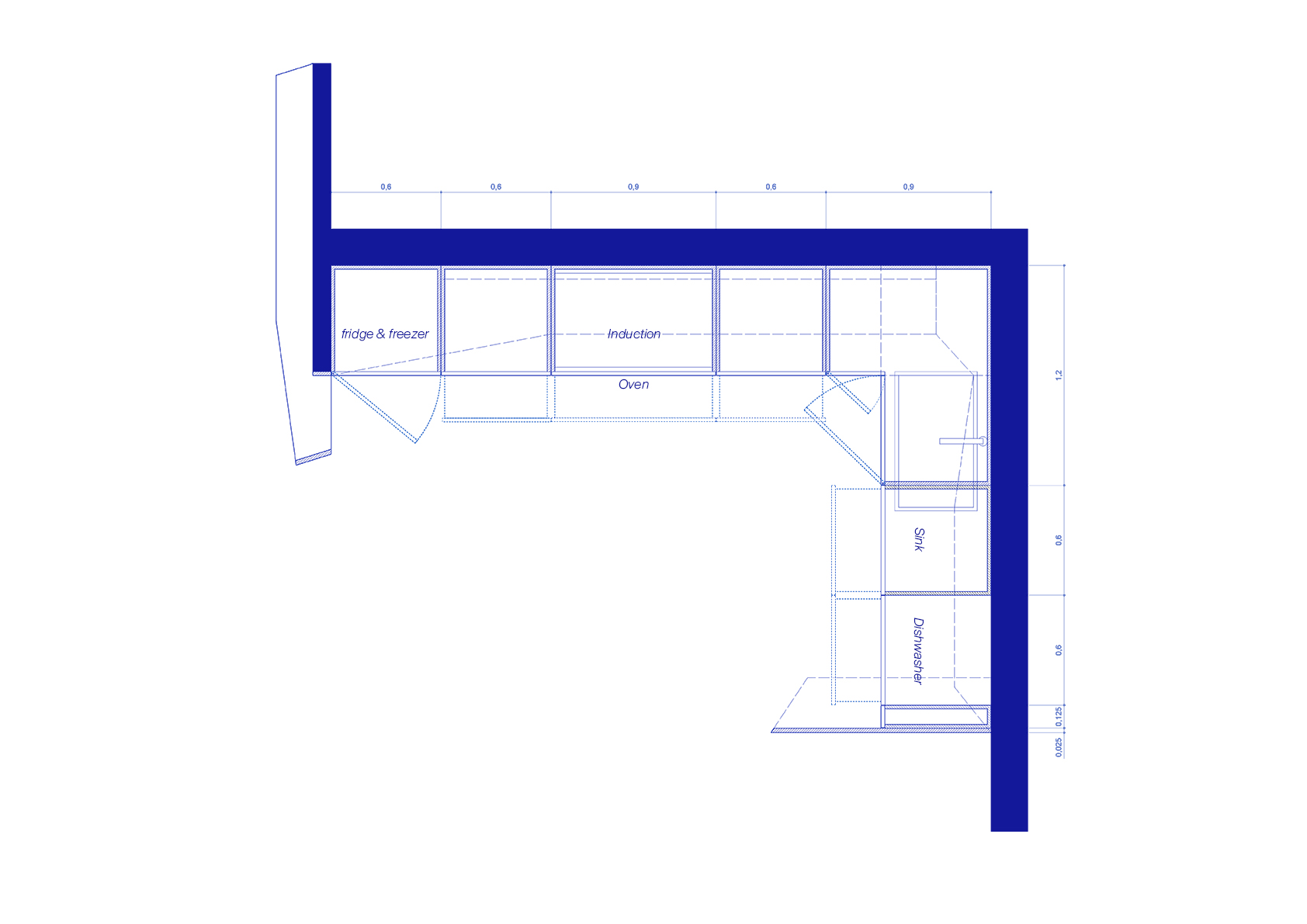